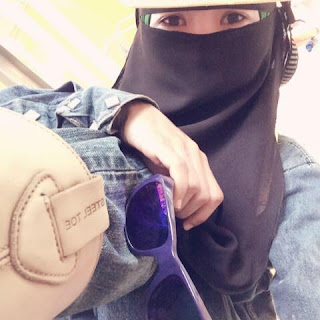 This is Tyra, a niqabi woman that works as a freelance welder at an oil & gas company, Sapura Kencana.Tyra became a hot topic online when she uploaded her picture and status as a welder and her way of clothing on her Facebook.
She stated that she tried her best to cover her awrah within and outside working time.She does not want her status as a muslimah prevent her from doing heavy work such as being a welder.

She chose to wear a niqab at her workplace to avoid sand and iron dust.

Tyra also explained that she could not wear a robe at work, instead wears men’s clothes and trousers to prevent from burns and fire. There are a variety of reaction from the netizen when they read and saw her status. 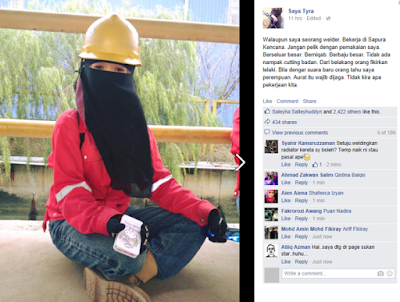 Some criticized her choice by saying that wearing a niqab makes it unsafe.Even long hairs need to be tied, and this is a niqab.Some also criticized her constant selfies in her social network.Most of all, there are those who brought up her past.

For those who do not know, Tyra is a single mother who has a kid. 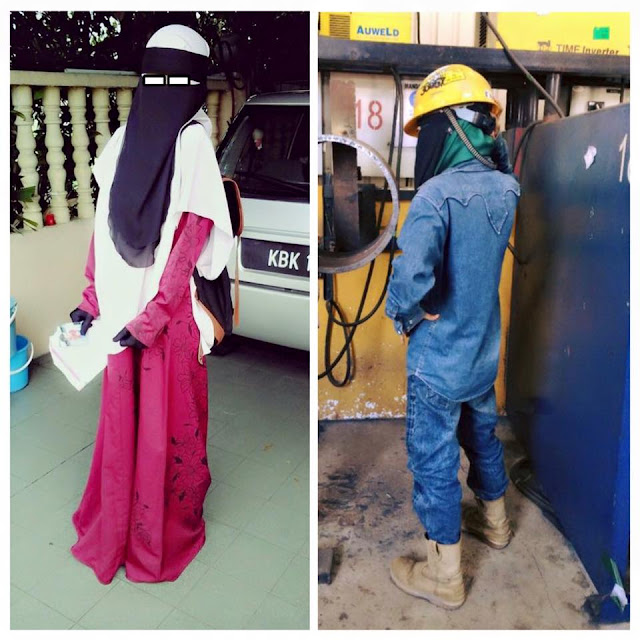 A netizen uploaded a screenshot of her status that had been heavily criticized to the point her personal matters are brought up, that she was forced to take down or delete her photos.
But, what is the relation between her clothes, career and personal matters? They shouldn’t be touched or be related at all, because they are not.

I’m sure many are asking, from safety perspective, is it safe to wear a niqab in this field, like Tyra? 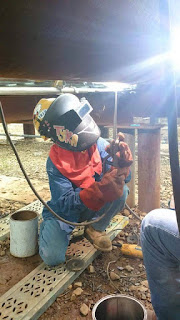 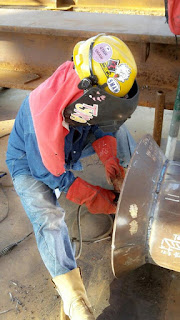 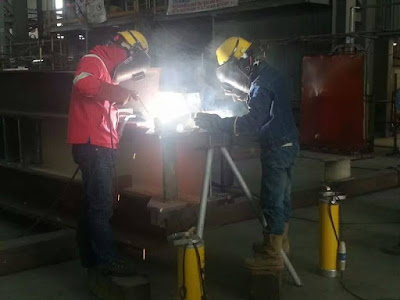 Tyra said, when she is working, she would tuck her niqab into her helmet as she needed to wear a mask.But there are some social network users that shares their experiences such as burnt holes on their clothes while welding.So, is the action of tucking in her niqab comfortable and safe?
According to Canadian Centre for Occupational health and Safety, these are the clothes that must be worn by a welder that fulfil the obligation of the safety rules: 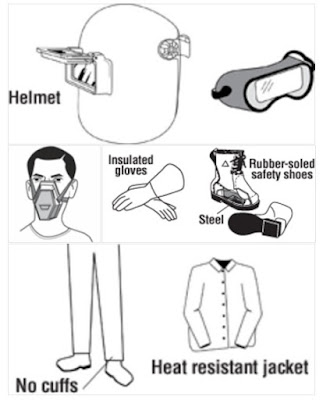 And some of the explanation videos from Islamic scholar, which concludes that while wearing a niqab is not obligatory, it is not prohibited either.Nevertheless, the opinions of the scholars may differ according to mazhabs.
If Tyra feels comfortable and she is following the rules, what’s the harm for her to wear a niqab, right?

3 Facts on the Welding field in Oil & Gas Industry

Ready for a Change – Consider These Exciting Welding Career Paths

May 12, 2016 matthew.gamers14 Comments Off on Ready for a Change – Consider These Exciting Welding Career Paths

2 thoughts on “The Amazing Female Welder”